Advisory Boards in the Government Space

With global volatility at an all-time high, critical issues and emerging trends are being highlighted for local communities, continents…and everything in between. As matters come into focus, the need for investigator-led research has never been greater, whether it’s to fill a gap, meet a need, or make a change.

Advisory boards are stepping into the light to play an important role in shaping government programs and policies that are under public scrutiny when it comes to managing stakeholder interests. Within a system of governance, we are seeing an increase of advisory boards playing a role in critical thinking through independence, clarity of scope, and well-defined structures.

A well-structured advisory board has a strong foundation and purpose to support and provide the engaging party organisation to road test their strategic thinking and access expertise or connections that may not be readily available via other means.

In most countries, advisory boards are not governed by specific legislation, however, this is changing as they become more widespread.

Independent monitoring is not new; however, due to their flexible nature, the uptake of advisory boards is growing significantly for government bodies who are under pressure to make the right decisions to enable the right changes.

How can advisory boards support government – whether local, state, or federal?

Independent monitoring is not new; however, due to their flexible (or as we say: “fit-for-purpose”) nature, the uptake of advisory boards is growing significantly for government bodies who are under pressure to make the right decisions to enable the right changes.

By utilising the power of advisory boards, also known as advisory councils or committees, governments worldwide are actively engaging with their intended stakeholders. This growing trend is paving the way for long-term change in the way governments (local, state, and federal) collaborate, whether it be businesses, communities, or specific-needs areas. The result? Fostering trust and a level of engagement that cannot be achieved when only encompassing opinions from within, in this case, ultimately removing topics (controversial or not) from politically charged arenas.

The advisory board sector is largely unregulated, although the US market is the most progressed when it comes to some regulatory boundaries. Advisory committees appear to be of the utmost importance to the US Government, so much so that in 1977 a “Federal Advisory Committee Act” was established to ensure independent thought remains a part of Congress decision-making. According to a Congressional Research Service report in 2016, “Federal advisory committees are created to bring together various experts – often with divergent opinions and political backgrounds – to examine an issue and recommend statutory, regulatory, grantmaking, or other policy actions. Federal advisory committees are one of only a few formalised mechanisms for private-sector citizens to participate in the federal policymaking process. [They are, however]…prohibited from creating policy or issuing regulations. Their role is to remain strictly advisory.”

Engaging independent perspectives from experts across industry and academia in providing solutions to matters of critical importance ensures rigorous challenge of all factors by being independent and non-partisan, ultimately driving best practice across government. An outstanding example of another government embracing this notion is the recent announcement by the UK Government of a “Cyber Security Advisory Board” after launching a cyber security strategy initiative in January 2022. The announcement listed the objectives of the advisory board which included, “bring depth and experience across multiple fields with a diversity of viewpoints to improve policy making by providing solutions to particular problems and challenges,” and, “ensure government is leveraging industry expertise to deliver on the goals of the strategy.” This is the ultimate power of an advisory board, and it is encouraging to see such a clear vision shared publicly by a government body.

How can government advisory boards remain independent in thought and action?

On the surface, independence, as one of the foundational principles of a best practice advisory board, may seem contradictory. The definition of independence encompasses “freedom from the control, influence, support, aid, or the like, of others.” What is an advisory board if not to provide support, aid, “or the like”, to an entity such as a government body? Well, in this instance, the focus is on independent, diverse representation. For a government advisory board to remain independent, subject matter experts could hail from academia, non-profit organisations, the private sector, civil society organisations or even various governmental departments.

The ABF101 Advisory Board Best Practice Framework™ has been carefully developed to respect and support the balance required between purpose, people, and process to create a strong foundation for advisor engagement. The independence principle states, “the advisory board has independent, diverse representation.” It is valuable to consider and critically assess what “independent and diverse representation” means within the context of a government body and the purpose of its advisory board. It’s important to note that the ABF101 Framework principles are not intended to be applied or assessed in isolation.

Importance of independence for government bodies/organisations/entities:

Importance of independence for advisors:

What do government advisory boards address?

An advisory board or committee may be formed to address a very specific, time-limited topic, or it may meet regularly to consider ongoing issues. At all times, the advice must remain relevant and objective. This pledge can be solidified through the board’s charter which outlines the purpose of the board, the authority under which it was authorised, the scope of its activities, its membership and how members are selected, the length of the board’s service, and any other relevant parameters.

At the beginning of the pandemic, we saw governments across the world utilising advisory boards to specifically address the challenges of COVID-19, including Australia and the United States. In 2016, the Canadian Government formed its first iteration of the “Independent Advisory Board for Supreme Court Judicial Appointments” to identify candidates to fill Supreme Court of Canada vacancies when they arise. As recently as May 2022, Prime Minister Justin Trudeau announced the next iteration of the board due to an upcoming Supreme Court opening. The list of members named on the advisory board is an empowering resume of diverse and extremely high calibre citizens, with Prime Minister Trudeau commenting how important it is for Canada to ensure that its judges are appointed, “through a process that is transparent, inclusive, and accountable to Canadians.”

The future of government advisory boards

It is empowering and fantastic to witness the incredible uptake of advisory boards being utilised and relied on by government bodies across the world. As global authorities move toward embracing diverse representation and thought when it comes to making decisions that affect one or all, advisory boards will become a beacon of truly powerful change – and not an experiment of free thought.

Stakeholder engagement can be difficult to navigate without frameworks and guidelines to manage expectations, and so it matters that best practice is applied in these environments. The ABF101 Best Practice Framework has helped over 10,000 advisors, Chairs, businesses, and entities to form or foster fit-for-purpose advisory boards. Download a complimentary copy of the ABF101 to see if your advisory board is aligned with best practice.

If you are a government body looking to set up an advisory board and need specific expertise, our complimentary Advisor Concierge Service can help connect you with credentialed advisors. For more information on certification and training programs for advisors already on boards, or tailored programs, please contact us.

The National Science Board establishes the policies of the National Science Foundation (NSF) and serves as advisor to Congress and the President. The Board approves major NSF awards, provides congressional testimony and issues statements relevant to the nation’s science and engineering enterprise. The President is able to appoint up to 24 members to the Board, each for a term of six years.

The NSABB is a federal advisory committee that addresses issues related to biosecurity and dual use research at the request of the United States Government. The NSABB has up to 25 voting members with a broad range of expertise including molecular biology, microbiology, infectious diseases, biosafety, public health, veterinary medicine, plant health, national security, biodefense, law enforcement, scientific publishing, and other related fields.

Prime Minister Justin Trudeau announced the members of the Independent Advisory Board for Supreme Court of Canada Judicial Appointments. The members of the Independent Advisory Board will identify candidates to fill the upcoming Supreme Court of Canada vacancy, which will be created by the retirement of the Honourable Michael J. Moldaver in September. Coming from diverse backgrounds, the members will work alongside the Honourable H. Wade MacLauchlan, Chair of this independent and non-partisan board, to identify candidates who are jurists of the highest calibre, functionally bilingual, and representative of the diversity of our country.

The Government Cyber Security Strategy (GCSS) was launched in January 2022 outlining the vision to ensure that core government functions are resilient to cyber attack, strengthening the UK as a sovereign nation and cementing its authority as a democratic and responsible cyber power. GCSAB will be a body comprised of independent external experts to build better links between government, the private sector and academia. It will provide independent perspectives and input from experts across industry and academia into providing solutions to the challenges of government cyber security, through rigorous challenge and driving best practices across government.

The Scientific Advisory Board (SAB) is a multi-disciplinary international board with expertise in broad areas of technology. SAB convenes annually in Singapore to advise on NRF’s policies and programmes.

The National COVID-19 Health and Research Advisory Committee was established in April 2020 to provide advice on Australia’s health response to the COVID-19 pandemic to the Commonwealth Chief Medical Officer.

The Federal Minister for Agriculture, David Littleproud requested the Department of Agriculture, Water and the Environment (DAWE) appoint the Organics Industry Advisory Group in December 2020. The group consists of 16 individuals representing multiple industry sectors, each with a long-standing commercial interest in the organic industry. The single purpose of the group is to review whether the current regulatory framework is fit for purpose and will allow the Australian organic industry to reach its full potential.

The purpose of a CSIRO Advisory Group (CAG) is to provide independent, external advice to CSIRO on the national challenges and opportunities of a broad sector of the Australian economy, society or environment in which CSIRO is involved. It also provides guidance on how CSIRO might address these challenges and opportunities, the appropriateness of its pathways to impact, and on broader strategic issues relevant to the sectors in which CSIRO operates.

does your entity need expert advice?
GET THE HELP YOU NEED TO set up an advisory board 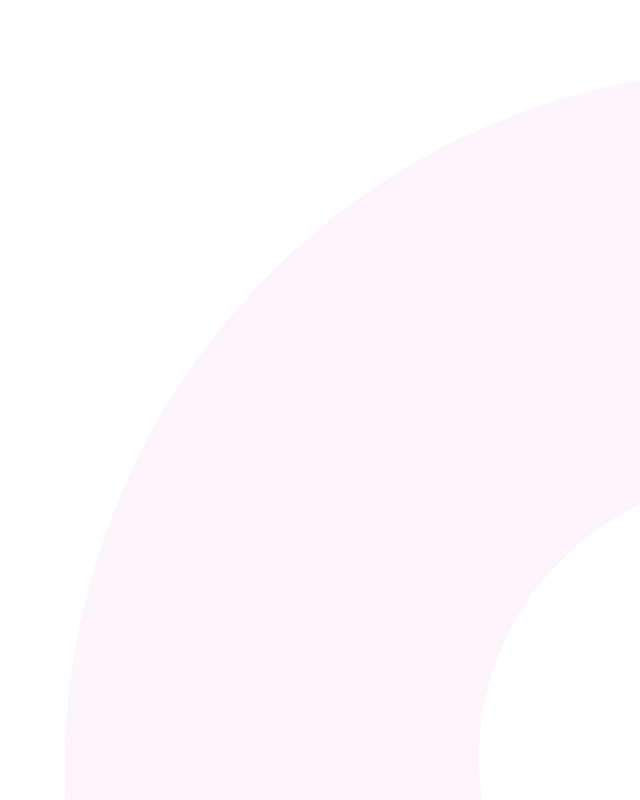 Advising on Investing in Innovation

Setting up an Advisory Board for your Business